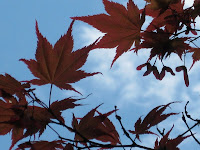 • Attention: July Cont. Ed. topic has been changed from 'Serving tea in contemporary Japan' to 'Traveling the Tokaido Road Then and Now' by Megumi Kobayachi, president, Japan - America Society.

As soon as Monzie or someone else from Cont. Ed. Committee tells me, I'll post more info on the subject. It still will be 10:30 am to 12 noon Thursday, July 21,  in the Tateuchi Community Room.  See you there!

• Jeanne P. (current Unit 86 secretary) and I recently met at the 'Next Wave Butoh Dance Festival'  - the event was June 3-18 blast, with many performers, including the early originators of the butoh dance movement Hiroko & Koichi Tamano (SF/Japan). One of our guides - Joan Laage - performed a very interesting 'spider' dance. Jeanne, herself a dancer and and English teacher is going to blog about it here soon - so watch out for her report.

More SJG blogs to amuse you.... Bloom and Spots

• SJG Bloom: Our Plant Committee (7 people to replace ONE Kathleen Smith) managed to produce 2010 and 2011 edition of 'Plants of the Japanese Garden' (for sale or loan at the Garden gate), and we were able to update the booklet's format by putting it into excel spreadsheet - so now you can look the plant up specifically by the area, or by alphabetical order (it lists all the areas the plant grows + its origin); the Japanese plant name list is also coming - the working version is already available at the gate.

One of the problems we encountered was inability to tell which rhododendron was which: we picked up Kathleen's project in fall and worked on it through winter, where all of them were fairly dormant - and we have MANY rhodies in our Garden!

This spring, when the rhodies  started to bloom we rushed to the Garden to see what blooms and how.  It's an exciting, often investigative work:  some plants are blooming, some not, some were moved, some behave erratically - we carry around Kathleen's four thick binders on rhododendrons  to compare what we found to her pics.  Frankly, the whole project was a bit much for me: I tended to forget what we identified  the moment I wrote it down.  So, I started to bring camera to help me remember, and while organizing the data I accidentally created SJG Bloom blog...  It's all there in the order the blooms appeared in the garden + pics of some interesting leaves, as well.

• SJG Spots blog is my reaction to the 'Now and Then' exhibition  I went to see at MOHAI with Nat S. and Keiko; it featured photographs by Paul Dorpat, and the part I found especially fascinating was his photographing over and over the same spots on his Walingford walks - watching what got into frame: different lights, seasons, people, cats or furniture was quite mesmerizing and thought provoking on the passage of time.. I'm no Dorpat, not even an amateur photographer, just a point-and-shoot person who owns a small portable camera, but thought recording same spots in the SJG would be an interesting experiment. And it IS - see for yourself...

Both of the blogs will be permanently pinned on the left side of this blog, under 'Garden Events'...

• Myrna already emailed you that The Japanese Garden Advisory Council (JGAC) commissioned a new web site for the Garden, here it is again (I'll put it into LINKS page, as well):
http://www.theseattlejapanesegarden.com/

• One of our co-bloggers, Keiko, is leaving for Japan June 18th.  I asked why she is going, as she just went there last fall. Her sweet answer: 'I want to see the face of my mother'. Happy travels Keiko!  Write to us from Japan, if you can.
Posted by aleks at 10:37 PM No comments:

By Lynnda
(Click on pics to see larger version)
A tour of the Seattle Chinese Garden was arranged for Unit 86 guides, led by Dewey Webster on June 4, 2011. The day could not have been better. The sun was out and there was a brisk breeze, a common occurrence at this site. The dream for creating the Seattle Chinese Garden began in the 1980s with help from Seattle’s sister city of Chongqing. In November, 2010, the first of several planned structures was finished.

In Chinese gardens, there are four elements to consider during the design: water, stone, plants and architecture. When determining the location for this garden, the practice of fengshui was used. The area is open to the south, allowing the sun and wind to freely enter. There are mountains to the east and west and the city of Seattle with its tall buildings provides protection on three sides. The Duwamish River and Puget Sound provide the water element, reflecting chi, or good energy, into the site.

The north-south entry path allows visitors to clearly see the Space Needle as you enter the courtyard. This courtyard, called Knowing the Spring Courtyard, incorporates the philosophy of yin (soft, feminine) and yang (hard, masculine) in the four elements; water (yin), rock (yang), plants (yin) and architecture (yang). On the right as you pass through the gate, there is a wonderful display of paired opposites; bamboo shoots (yin) growing among and around bamboo shoot rocks (yang), tall pillars of rocks with pointy tops that imitate bamboo shoots in the spring. These rocks are naturally formed pillars found in caves in Zhejiang Province.

Knowing the Spring Courtyard is a welcoming courtyard and contains bamboo, a plum tree and pine trees. These are all harbingers of spring. They are also known as the three friends of winter. The southwest corner of the courtyard contains rocks brought from the area around Chongqing and are arranged to represent mountains. The north and east walls of the Courtyard contain beautiful windows, called “leak” windows, open so you may look through them to see what lies beyond.

Chinese architecture has aspects that are meant to thwart evil spirits. The sweeping tips of the roof are to keep airborn evil spirits from coming to earth. Once the spirits flow onto the roof, they are directed up again by the upward curve of the roof. The earth spirits that are evil flow low to the ground. The door exiting north from the courtyard has a board along the base of the doorway, requiring people to step over this board. Since the evil spirits travel along the ground, they could not exit the courtyard into the rest of the garden.

There is one additional structure in the garden, the first structure built, the Pine and Plum Pavilion. This structure’s tiles and woodwork were created in Chongquin , shipped to Seattle, and built by Chongquin craftsmen in 1999. When future funding is secured, additional buildings will be built. There are plans for a pavilion, artist studio, a four story tower and an extensive water system.

There are relatively few authentic Chinese gardens outside of China. Chinese architecture is a dominant part of the garden and it is very expensive to build it authentically. This garden is already a lovely place to visit. When it is completed, it will truly be even more spectacular. If you have a chance to visit it, it is located on the northern edge of South Seattle Community College, 6000 Sixteenth Ave. SW, Seattle
(203) 934-5219 www.seattlechinesegarden.org
Posted by Lynnda at 11:38 AM No comments:

by aleks
On Monday, May 30th we celebrated the healthy growth and happiness of children. No post and I missed the puppet show, but here are a few pics of Fujima Dance Ensemble members performing  traditional Japanese dances on the moon-viewing platform and a pic of hands-on craft and cultural activities under the cherry tree...

Several announcements for you

Bloedel Reserve is celebrating the completion of the first phase of a restoration project in our Japanese Garden, including new landscaping and more accessible pathways.

(admission to the above events is included in entry fees to the Reserve - a portion of the day’s admission fees will be donated to aid victims of the Japanese earthquake and tsunami)
Benefit performance of classical music by Bainbridge High School students at 12:15 pm (suggested donation of $10 for tsunami relief)


• The UW School of music students and others are organizing benefit concert for Japan on June 11• 7:30 pm

Dear friends of the PNBA and AiShinKai, LLC:
Please visit with us to celebrate Japanese martial and cultural arts, and our enduring friendship with the people of Japan.  Together with Hyogo Business and Cultural Center, PNBA is organizing a two-day/two-room, interactive display of Japanese traditional and modern culture, complete with hourly martial arts and cultural arts demonstrations.  We expect 8-9,000 visitors to the festival: visit our show “Our Great Neighbor Japan,” see live music, local fine arts and crafts, and enjoy good food.  In addition, I will be presenting Iaido: Japanese Swordsmanship on the main stage of the festival, Sunday 2:15-3:00pm. 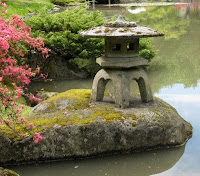 ·  Horticultural Tour of the Seattle Japanese Garden  - 6:00pm. From the main gate.
·  Prize Drawing – During the evening’s event you will have the opportunity to purchase tickets for the Garden Party prize   drawling, where you could win one of several unique prizes. Your purchase helps support programs and events at the Seattle Japanese Garden.
·  Garden Party Entertainments – During the Garden Party enjoy the music provided by the Garfield High School Chamber Music Ensemble and Taiko performed by Kaze Taiko.
·         Sake Tasting- We are pleased to partner with Edward International Co., Inc. to offer you the opportunity to taste Asahi beer and premium Japanese sake. The Japan Prestige Sake Association will bring brewery representatives from Japan to assist with tasting tables.
For tickets got to: brownpapertickets.com/event/177323
Posted by aleks at 10:54 PM 2 comments: