Japanese Gardens have been stages historically for illustrating Japanese art and culture at many places around the world.  The Japanese garden at Seko residence on the shore of the Phantom Lake in the City of Bellevue is no exception, however being held in private ownership.  The garden has held a number of community events and it has been an important asset for Japanese American community and for the citizens of the city of Bellevue overtime. 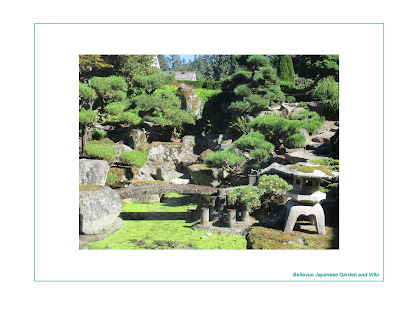 The Seko garden in Bellevue had been designed and constructed primarily by Kaichi and his son, Roy, who initially wanted to be a landscape architect before joining his father in opening and managing Bush Garden Restaurant in Seattle.

Their garden works had been assisted by Richard Yamasaki, who gained his knowledge on Japanese garden through his life long association with Juki Iida, who is  one of the designer of the Seattle Japanese Garden at UW Arboretum. Upon visiting the Seko garden, Juki Iida stated to Joan Seko, wife of Roy, that he sees three personalities in the garden: that of  Kaichi, Roy and Richard Yamasaki. 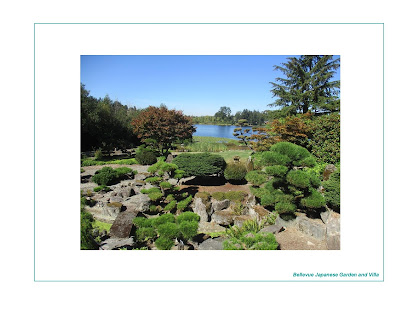 Joan Seko wrote her memory on the garden as “Kaichi Seko’s bonsai plants were already twenty to thirty years old when they were planted. The large alpine tree was bought to the house probably around 1965. It was still quite small but has grown to be very tall. It is very hardy and has withstood many snow storms and icy weather.The waterfall pump was installed in in 1980’s as well as the low voltage night lighting. The pump water is from Phantom Lake and recycles back into the lake when used. Even during the water shortage times we were able to use the waterfall since it was not using City of Bellevue water. The carps were put into the pond nearest the house in the early 1960’s. They grew to be around three foot long. We had a wire net over the pond to keep the wild animals away until they grew to be very large. In 2002 my children gave us small carps to put into the pond but they quickly died without any rhyme or reason. Maybe there wasn’t enough oxygen available. We have many water lilies and cattails. People fishing could get twenty fish in one hour with no problems. Phantom Lake is a private lake owned by people who have shoreline properties. The county made it into a public lake when they wanted to put trout into it. When the lake had public access we had many people come in with boats and tossing beer cans and bottles into the lake instead of disposing of them. The owners were up in arms and signed petitions and finally got the lake back as being private. The shoreline property owners pay taxes for partial lake bottom ownership. The county also comes in each year to make certain the shoreline owners get rid of the purple strife flowering plants that has been brought in from Europe. Although very pretty it is detrimental to our waterline and spreads its seeds quickly. We get a notice each year to remove the roots so they will not come back readily. [...]

The entire text and supporting documents are at link below (free to sign up and create password to enjoy all the articles there):
https://www.academia.edu/33555336/Saving_Legacy_of_Seko_Garden_in_Bellevue_WA 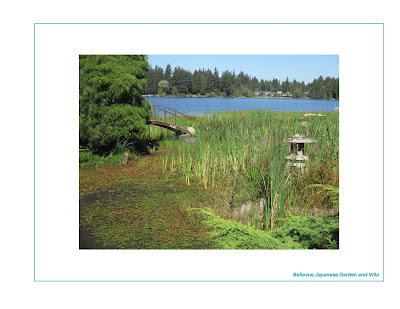