Out of 172 entries, we’ve selected the following winners for the 2018 Moon Viewing Haiku Contest, held at the Seattle Japanese Garden on Saturday, 25 August 2018. Many participants wrote about the hazy smoke in the sky from recent forest fires. We chose a mix of poems for their freshness, clarity, and sometimes humor. First prize is an individual garden membership and a garden T-shirt. Second prize a garden T-shirt and garden postcards. And third prize is garden postcards. Congratulations to all the winners for their poems, and to everyone who participated in celebrating the moon even if we couldn’t see it through smoke-hazy skies.

in my inbox
message from the full moon:
—not coming tonight!

my feet hurt
my eyes are tired
oh! the moon!

even the rabbit pauses
to view the harvest moon

round with child
she crosses the garden bridge
waxing August moon

hey moon,
don’t hide from the smoky air
we want to see your beauty

We will show our next film on Wednesday, August 29, from noon to 4 in the Tateuchi Community Room. Free and open to Japanese Garden volunteers and their friends (anyone can come and make friends). 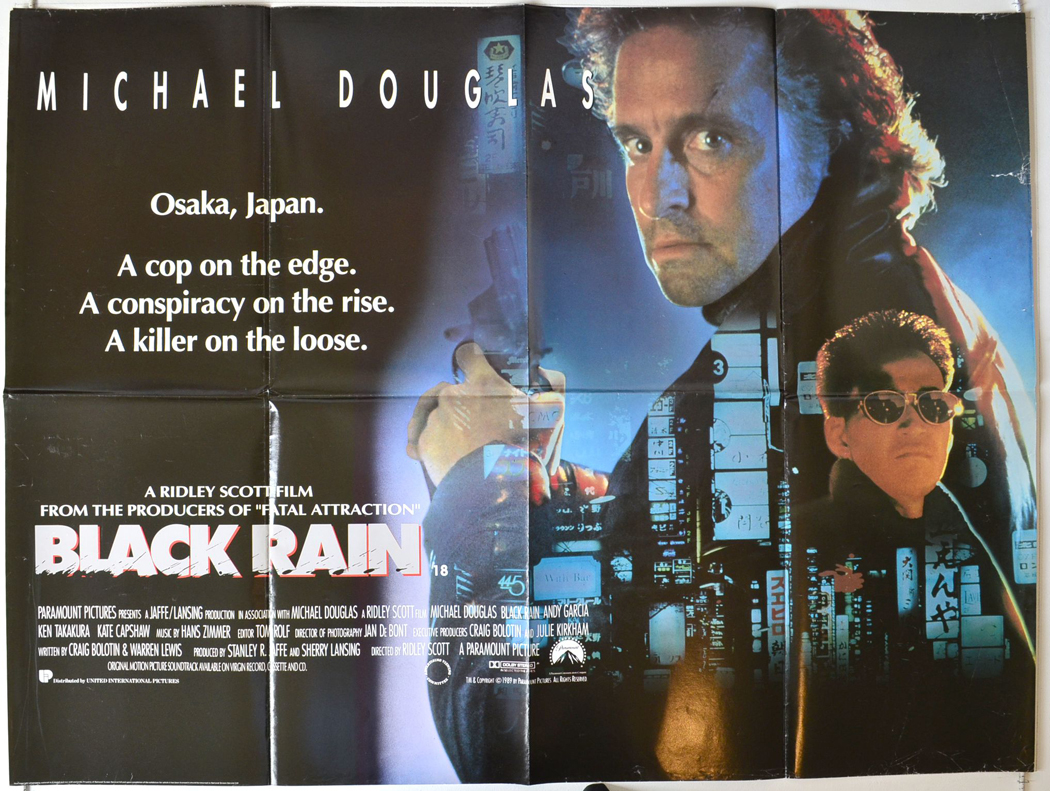 The move’s story is a vehicle for a cops and robbers story with a Japanese setting, which provides cross–cultural disconnections to the fray. Though thin on plot, Ridley Scott overwhelms the screen with a dystopian Osaka, which complements the morally questionable actions of the bad guys and the good guys.

Suspension of belief is mandatory, but our goal is not to carp about implausible situations, but to consider how this American movie presented Japan to American audiences (visually, socially, personally) in the late 1980s…and how that vision has worked out almost three decades later.

The movie was not well received by critics or audiences. See:
https://www.rogerebert.com/reviews/black-rain-1989

But over time there has been some reconsideration.  See:
https://3brothersfilm.com/blog/2014/07/thursday-rethink-ridley-scotts-black-rain-forgotten-film-worth-remembering

We hope to see you for an interesting viewing experience and terrific discussion.

Trailer below, see you at the film!